I'm soooooooooo behind on writing up these reviews...

Due to illness and pantomime performances, I'm technically on Day 41 as I write this up! Luckily I have notes to go along with these stories so I can remember exactly how we felt about them (though I wouldn't mind reading them all again to remind myself!).

That's one of the difficult of undertaking a challenge like this in the modern day, when I've promised that I'll blog and tweet about it every day - finding the actual time to do it!

So, in the unlikely event that you await these reviews with baited breath every day, I do apologise and fully intend to get caught up eventually! 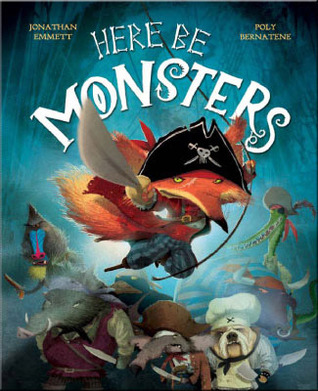 There can't be many authors whose work we've read more of together than Jonathan Emmett. I've talked previously about how friendly and approachable he's been when I've met him on a couple of occasions, and how useful the information he gave me on the picture book market was, and it's great to know that on top of all that his books are always so imaginative and enjoyable too! I think The Princess and the Pig was the first picture book to make me really laugh out loud when I started working for libraries, so in many ways he's been the biggest influence on me picture-book-wise.

In this tale, a fearsome pirate captain doesn't believe in monsters, but when he remains oblivious to his crew disappearing around him, will he ever make it to the treasure he's so desperately seeking? Poly Bernatene's illustrations bring this swashbuckling adventure to life brilliantly (as they always do when the two collaborate), and Josh and Xander were so excited for this when they saw the cover and realised it was a story involving monsters and pirates! It's great fun to see the crew slowly disappearing and leaving the captain alone by the end, so close to his treasure and yet so far. Who doesn't want to go on an adventure searching for treasure just before bed, only to return to the safety and comfort of your bed when you're finished? A wonderful example of a story to inspire exciting dreams during family time before bed! 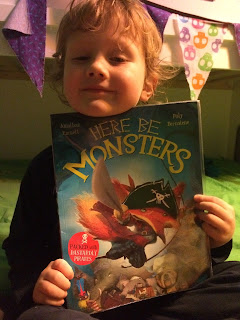 Chris says: I love to take the kids on adventures with our stories before bed, as I can guarantee it'll leave a smile on their faces as we say goodnight afterwards. The fact that Jonathan Emmett's stories always make us laugh so much along the way is always an added bonus! I don't recall any story of his where they haven't been delighted to return to it again and again, particularly when the fantastic Poly Bernatene has provided the illustrations to bring it to life.

Josh says: I liked how he got eaten at the end!

Xander says; Nooooo, thank you! (N.B. This came immediately after I asked him whether he'd like to go and find treasure with this pirate crew - obviously he didn't think they were up to the task!) 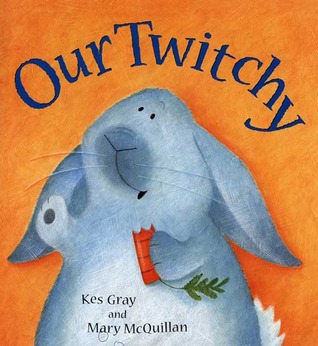 Sometimes a book can take you completely by surprise. I often don't look at the blurb on the back of the books when I pick them out for the Picture Book Challenge, as I want to have the joy of stumbling across a new classic without any hint of what was to come before, so I really wasn't expecting to read a story about adoption. What a beautiful story it is too, dealing with the subject in a gentle and sensitive manner, whilst making it clear that this is an issue that children might come across and that whoever acts as parents to a child will be doing so out of love. I felt my emotional heartstrings tugging throughout, and I'm not ashamed to admit that I had a tear in my eye throughout. I wouldn't expect anything less than a fantastic story from Kes Gray, and the illustrations from Mary McQuillan are just as sweet as the text. It's such a lovely way of bringing up the subject of adoption that it can be an easy way into the subject for any parent that wants to talk about it but isn't sure how to begin - just surprise your kids with this as one of their evening stories and then talk to them about it afterwards! They won't have any doubts afterwards that adoption means anything other than love from parent to child, and vice versa. 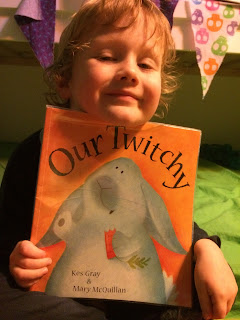 Chris says: Yes, I cried a bit, because I don't care what medium you read a story like this in - if it's this darn sweet about how much a family loves each other then it's going to make me weep. What an absolutely perfect way of saying 'It doesn't matter if we're different - we love you no matter what', which is the greatest message you can give to a child.

Josh says: I enjoyed them playing with echoes - I want to do that!

Xander says: Oh wow, lula! (N.B. I really don't know what he was talking about here, but he seemed to enjoy the story...!) 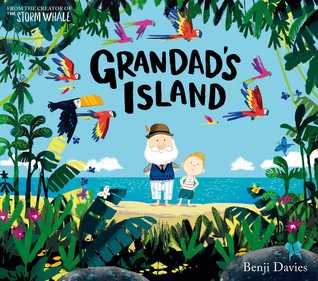 And we move straight on from the emotional subject of adoption to the emotional subject of a loved one dying. Honestly, I can't praise this enough for being a beautifully-written and illustrated story of a grandfather and grandson spending their last bit of time together, which is able to explain to children that it's alright that people die because you'll have the memories of the time you had together to look back on and smile about.

Seriously, I'm nearly tearing up just writing this and thinking back about it again.

It inspired me to write my picture book text about the death of my grandmother following dementia, and though I have no illusions about it ever being published, it hammered home to me how a picture book can tackle a difficult subject in an honest and frank way for children without having to shy away from the truth of it, whilst still making them enjoy the journey that it takes us on, and reassuring them that everything will be alright.

Benji Davies rightly won the Sainsbury's Children's Book of the Year in 2015 for this, and I've loved it ever since I first read it. I've used it to talk to Josh and Xander about death, and I really think it helped me as much as anything. They're very matter of fact about it at this age (well, Xander's a bit too young still to talk about it properly, but Josh certainly), whereas I could ramble on and on for ages, but instead this helps me sum it up in just a few short pages. 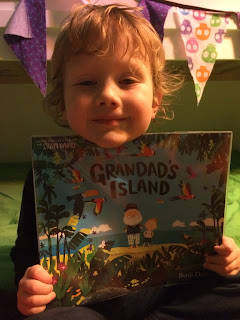 Chris says: As powerful as any adult book on death as far as I'm concerned. In less than 32 pages we see the final time a grandad and grandson will be with each other, and at the end of it we know everything will be alright because the grandad is happily at peace and the grandson has the memories to look back on. I'm 30, and I know that I will find this reassuring when the sad day comes for my grandfathers to pass away (which I'm still hoping is years away).

Josh says: I liked when they went to the island and saw an orangutan.

A surprisingly emotional day to end the first month of the Picture Book Challenge! We've laughed and adventured with Here Be Monsters, learned about adoption and how love can be just as powerful no matter how parents and children come together, and covered death in the most beautiful way.

Picture books can be incredibly powerful tools for dealing with all manner of subjects, and there's almost certainly a sensitive story out there to cover any topic that you might want to talk to your children about. Don't forget that a librarian can help you find that story should you want to find it!

Posted by Picture Book Challenge at 17:32